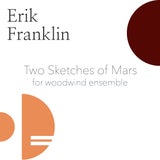 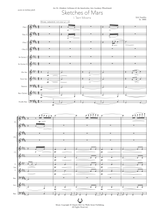 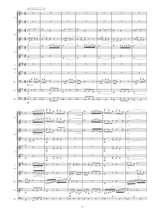 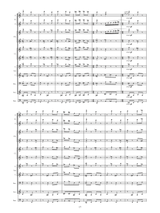 Astronomy has always been an alluring subject to me, combining scientific observation with a fantastical sense of adventure and no small amount of myth and mysticism. It is no wonder the first observers of our celestial neighbors named the planets after gods and goddesses—their home in the heavens, vast and magnificent when viewed from Earth, was as unreachable to mortals as the top of Mount Olympus. Until now. The long-awaited landing of the Perseverance Rover on Mars earlier this year brought amazing sounds and images from this gorgeous planet, and I wanted to write a piece that celebrates our collective success as scientists, explorers, and storytellers of the cosmos.

The first movement portrays Mars at night with an empty sky, save for its two tiny, oddly-shaped moons—Phobos and Deimos. The aggressive, demented final movement pays homage to the planet’s Roman namesake, the god of war.